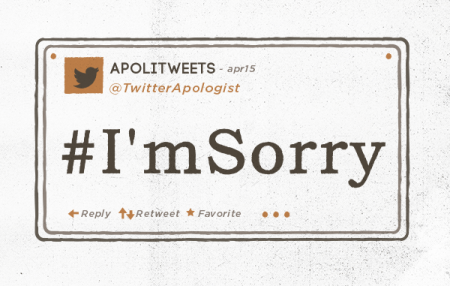 Being the richest man in the cemetery doesn’t matter to me. Going to bed at night saying we’ve done something wonderful, that’s what matters to me. – Steve Jobs

What pulls us toward stories like Humans of New York, or Humble Pied, or those amazing New Yorker videos? It’s the opposite of what traditional marketing and advertisements try to sell us or tell us how to live. It’s real people sharing their stories. It’s humility. It’s beautiful. It’s messy. And sometimes, it’s frightening. Your story doesn’t have to be perfect to tell it. It just has to be honest.

We’ve all heard about the difficult legal battle with Mark Zuckerberg or Steve Jobs’s struggle with a terminal tumor, and even Jessica Alba’s pending legal battles with The Honest Company.  The thing about being in the public eye (i.e. owning a business) is that it’s sort of hard to hide when something…happens. And obviously, things are going to happen. You’re going to struggle. You might sell over a million dollars worth of products in your first year, but you might also struggle to hire people who fit with your core model. That’s okay, and that makes sense. We think the best thing to do here is be honest.

Here are some companies that have been honest about their mistakes (and apolitweeted about it– we just made that word up. You can thank us whenever.)

This  apology ripoff that was never apologized for reminds us that unless your apology is sincere, it’s probably not even worth saying it. This spring, we’re looking forward to all of the new twitter apologies, twitter apologists, and apolitweets because it shows real companies being real honest about real issues. And that’s real cool.