How to Make Marketing Feel Good 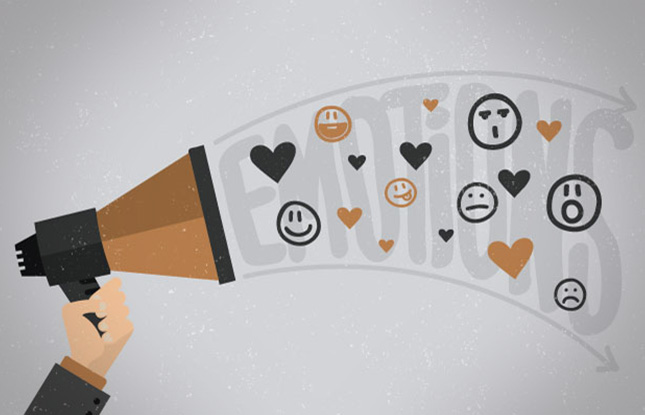 According to Telesian’s blog, we see about 300-700 ads per day. CBS thinks we see as many as 5,000 ads per day. Whatever the actual number, it’s a lot, but amidst all the clutter, there are a few companies that stand out for representing what other people are not. 100 Ideas That Changed Graphic Design knows what’s up:

Promoting the image of a company rather than its products or services is sometimes the smartest business decision.

Companies That Promote Their Ethos

Marketing doesn’t have to be icky, in-your-face salesy bs. Some companies are subtle in their marketing approach. Some try to think like a writer. Some like to get really innovative with a simple idea. See how Leica promotes a feeling vs. the benefits of their product in this long ad.

The Most Boring Ad Ever Made? from Leica Camera on Vimeo.

Everything. When you market a feeling, an ethos, or a belief, you’re speaking to a different part of the customer. You’re not trying to reach their mind or their pocket. This isn’t really a direct marketing approach, as it can take a while for an innovative idea or subtle marketing approach to really sink in, but when it does, it can be super effective.

How Coke Did It

Some corporate companies have the means to do things a little differently. Take Coca-Cola for example. Unlike traditional advertisers, Coke uses their products to promote an ethos.

This is what marketers call “institutional ads.” Coke had a revolutionary idea that they called “Project Connect.” You’ve probably seen some of these Coke bottles with phrases like “Share a Coke with [name here].”

Institutional advertising promotes the company, corporation, or idea. It doesn’t really sell anything directly, and that’s why we’re into it.

People love to share personalized gifts, and when it comes from a corporate brand like Coke, it’s even more exciting.

AdWeek mentioned that Coke’s personalized bottles helped sales grow for the first time in 10 years. According to AdWeek, they never thought their campaign would have that sort of impact.

The campaign was never intended to mark a permanent change to the soft drink bottles, and already, Coca-Cola is beginning to phase them off shelves. But a senior brand manager for the company has said there will be “serious consideration” given to bringing it back again in the United States next summer.

Coke shared Lucie Austin’s interview about what spawned this idea:

LA: Our research showed that while teens and young adults loved that Coca-Cola was big and iconic, many felt we were not talking to them at eye level. Australians are extremely egalitarian. There’s a phrase called “tall poppy syndrome.” If anyone gets too big for their boots, they get cut down like a tall poppy. By putting first names on the packs, we were speaking to our fans at eye level.

It wasn’t really about marketing. Their idea was much more subtle. Show people they matter. And they’ll respond well. Lucie noted that the team ran with some new changes:

Originally, the idea was conceived with the names printed in the traditional “Coca-Cola” Spencerian script. We couldn’t do that due to trademark issues, so we created a brand-new typeface inspired by the “Coke” logo. We call it the “You” font because it’s about you, the consumer, not Coca-Cola.

Like the Coca-Cola movement, there are a lot of marketers making bold statements. McCann and the State Street Global Advisers got down with institutional ads by honoring strong little girls everywhere when they dropped a bronze statue of a girl staring down the bronze bull on Wall Street. Over night. Talk about a statement.

Why does stuff like this work? For a lot of reasons. People like authentic. They like to know that they’re purchasing products from brands that actually care about their well-being, and one way to do that is to show people that your brand does more than just exist.

Is your company doing anything innovative? Do you have a new product that can actually change people’s lives? What if you flipped marketing on its head? Instead of marketing the features, market the feeling.

Apple has been notoriously good at this:

You Only Need One Thing to Market