Koalas Don’t Take Much Action, But We Did! 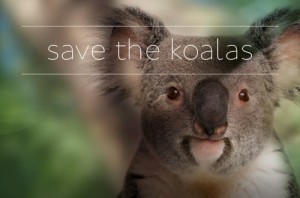 We came across something over the long weekend that caught our eye for a few different reasons. It’s a website geared toward saving Koalas. And it’s why we’re the proud new adoptive parents of Kirra, a joey from the Pine Koala Sanctuary in Australia.

Koalas are Awesome … and Endangered.

They’re cute, fluffy and spend an insane amount of time munching on eucalyptus leaves while watching the world go by. What’s not to like? It’s sad, though. They really never recovered from the fur trade frenzy of the 19th and 20th centuries, and now there’s even more threatening their existence. Things like logging, urban development and disease are causing the Koala population in Australia to diminish with every passing year.

We like Koalas as much as the next guy, so when we came across this site we were instantly intrigued. But what we found caused us to take physical action – we adopted one! The creators of the website have done something really cool with their fundraising efforts by making it incredibly personable. They practically made it impossible not to participate. You can adopt an actual Koala, which we think is way more fun than just giving money to an organization. Or you can join the Koala Army, document a Koala spotting, shop around, and even plant a tree that will help invigorate the Koala’s natural habitat. There are so many ways to get involved, you can’t help but take action somehow.

We really think these guys are doing the fundraising thing right. So on that note … Save the Koalas!